After non-stop touring for the prior album, Riot!, the band had stated that they were facing "internal issues" in early 2008. While writing new material, lead singer Hayley Williams struggled in believing that the expectations for the new album were going to be met as well as being concerned about the lyrics.

"I was like, 'This isn't a feel-good song, because I'm writing about something I'm going through right now, and it's still painful,'" she continued. "And I confused that with actually not liking the songs, when actually I was prouder of them than I've ever been before. They're heavier emotions for me... I'm still going through some of this stuff, and these songs are really healing to me."

By showing the lyrics she had created, it had helped the band to talk more freely with each other and to resolve the issues they had been struggling with.

The band had intended to record the album in their hometown of Franklin, Tennessee, they ended up recording in Calabasas, California with producer Rob Cavallo; he also produced the song Decode by Paramore for the film Twilight. The name "brand new eyes" was used for the album as it represented the overcoming of their issues and how they saw each of the other band members.

All tracks are written by Williams and Josh Farro, except where noted.

The first single off the album was Ignorance, written by Hayley Williams, and Josh Farro. The video for the song is more abstract than the rest of the Paramore music videos. This is followed by Brick by Boring Brick. It featured one of the videos in which Paramore has no performance shots, (the others are Now, Ain't It Fun, Still Into You and Fake Happy) just acting. The third single off of brand new eyes is The Only Exception. It is a ballad, and the video was released on February 17, on Paramore.net. It released as a single on April 10, 2010. The fourth single is Careful. It released as a single June 12, 2010. The video is a collection of live videos, of concerts and the band fooling about. The fifth and final single off the album was Playing God, which was a sequel to Ignorance. It had featured Hayley's home, where she had tied up the rest of the band and kept it a secret from the rest of the world. The music video was released on November 16, 2010, and was the last to include both Josh and Zac Farro. 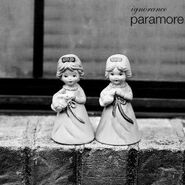 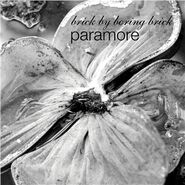 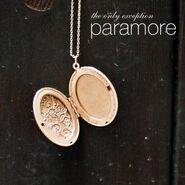 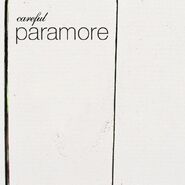 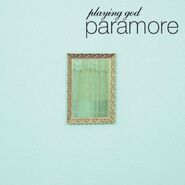 A 30 minute long documentary of the making of the album "Brand New Eyes" was released with the deluxe version of the album which also included the album on CD with the acoustic versions of 'Where The Lines Overlap' and 'Ignorance', a 40-page hardcover journal written by Hayley Williams, an exclusive poster that comes with only the box set, a booklet with the lyrics from all the songs from "Brand New Eyes", a color vinyl 7" single with the acoustic versions of 'Ignorance' and 'Where The Lines Overlap', one picture of each band member, and a certificate of authenticity.

Brand New Eyes has been received favorable by critics and especially fans whom many claim it to be the best Paramore album.