Paramore Wiki
Register
Don't have an account?
Sign In
Advertisement
in: Songs, Singles from 2013, Paramore (album),
and 5 more

"Now" is the first single for Paramore's fourth self-titled album, "Paramore". The song received highly positive reviews and top 20 success in the US on the Alternative song chart.

The alternative rock/pop-punk song was released on January 22nd, 2013. It was recorded in Los Angeles, California, and released by their record label Fueled By Ramen. It was written by Hayley Williams, and Taylor York working together. As with the rest of the album, it was produced by Justin Meldal-Johnsen, mixed by Ken Andrews, and Taylor York also helped out with the production of this song in particular.

Now was written about the band transitioning from "brand new eyes" to "Paramore" without Josh and Zac, and all of the press coverage and other things that came along with that.

"the message behind it is really that there’s all this struggle going on, and all this pain and bitterness and this violent cycle that keeps going on, and at some point you have to stop the cycle.That was one of the first songs we wrote that I felt like a lot of things I needed to say that might have been bottled up sort of came out. I felt like I hadn’t been able to see the light at the end of the tunnel before.I want to write about never knowing what’s next; the curiosity and the lust to know but the comfort and the peace of never actually having to and never really getting to. I like the mystery, I like that the path is illuminated only as we are on it. I don’t want to write another angry record, but at the same time that’s where I get a lot of frustrations out so I can be a positive person. It’s going to be real interesting for me lyrically." -Hayley Williams

"Not really sure what else to say except for we love this song. It just feels like the perfect way to start this new journey we are embarking on not only as a band but as a movement. To show people that you can lose battles but come back and win full on wars. You can rise from ashes. You can make something out of even less than nothing. The only thing you have to do is keep moving forward!" - Paramore

The music video to 'Now' was uploaded on YouTube on February 12, 2013. It currently has more than 14 million views. 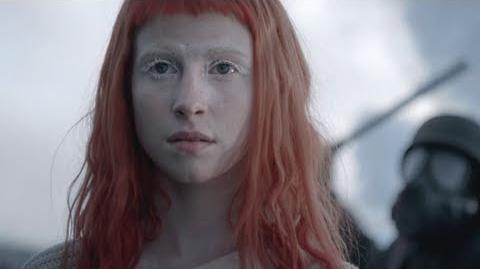 The reception of the song by music critics was mostly positives. It was also positive from most of their fans. Spin magazine positively said "Now" is a pretty nifty bait-and-switch" in their positive review of the song. James Brindel of Burten Mail also gave it a positive review stating that "Now" had "fantastically catchy chorus and showcases Hayley Williams’ immaculate vocals to great effect". They also gave it a 4/5. Columbia Missourian gave it a 5/5 praising the song by saying "This particular track has more of an edge to it, while still containing one of the best hooks delivered from a rock band in the last few years"