Paramore is the fourth album by Paramore. It was released on April 9, 2013, and their first album without their former founding members, Josh and Zac Farro. It was released to critical acclaim by critics, and it charted at number one or the top ten in most countries, and in the US it was number one selling a little over 106,000 copies.

On April 18, 2012, lead singer Hayley Williams announced on the band's site that the producer for their new album would be Justin-Meldal Johnsen, longtime bassist for Beck and Nine Inch Nails, who has previously produced records for M83 and Neon Trees. In an interview with Electronic Musician, Meldal-Johnsen stated he wants "the album to sound very visceral and a little bit less locked down and computerized, more 1981 than 2012, with a nod to 2016."

On July 2, 2012, it was announced on the band's Twitter that former Nine Inch Nail and current Angels and Airwaves drummer Ilan Rubin will be recording drums for the album.

Hayley Williams and Taylor York confirmed, through Twitter, that they had finished recording the album on November 1, 2012.

When asked about why the album is self-titled, Williams explained "The self-titled aspect of the whole thing is definitely a statement. I feel like it's not only reintroducing the band to the world but even to ourselves ... By the end of it, it felt like we're a new band."

1. Now (- January 2013) was the first single in the album. It featured one of the four music videos (this, Still Into You, Ain't It Fun and Brick By Boring Brick) to not feature the band performing. Now was released on iTunes as pre-order to all the songs in the album, as they were all released on April 9, 2013. The music video for the song was released on February 12, 2013, and became what the band called 'their lead single'.

3. Daydreaming (- December 2013; UK & select countries) was the third single in the album. It was announced to be a single before Ain't It Fun, though a quick music video was shot for it as Paramore decided to scrap the Ain't It Fun video (which was supposed to be released first). The single had only been charted in the UK. The music video was uploaded on November 5, 2013.

4. Ain't It Fun (- February 2014; US Top 40) was the fourth single in the album. A music video was made for the song earlier, though it was scrapped because the band did not like where the video was heading, as this was released on Hayley Williams' Tumblr. The music video was re-released (on January 29, 2014), and was the first music video by Paramore in 2014. This song had reached #10 on the Billboard 100(s) charts and #1 and adult pop songs. An exclusive vinyl was released for Record Store Day 2014 in Nashville, and it featured this song in a 'broken' vinyl design. 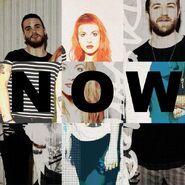 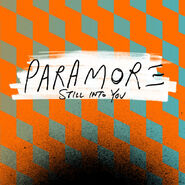 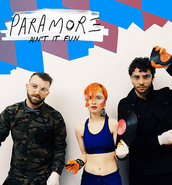 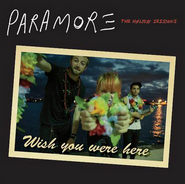 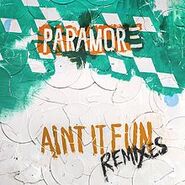